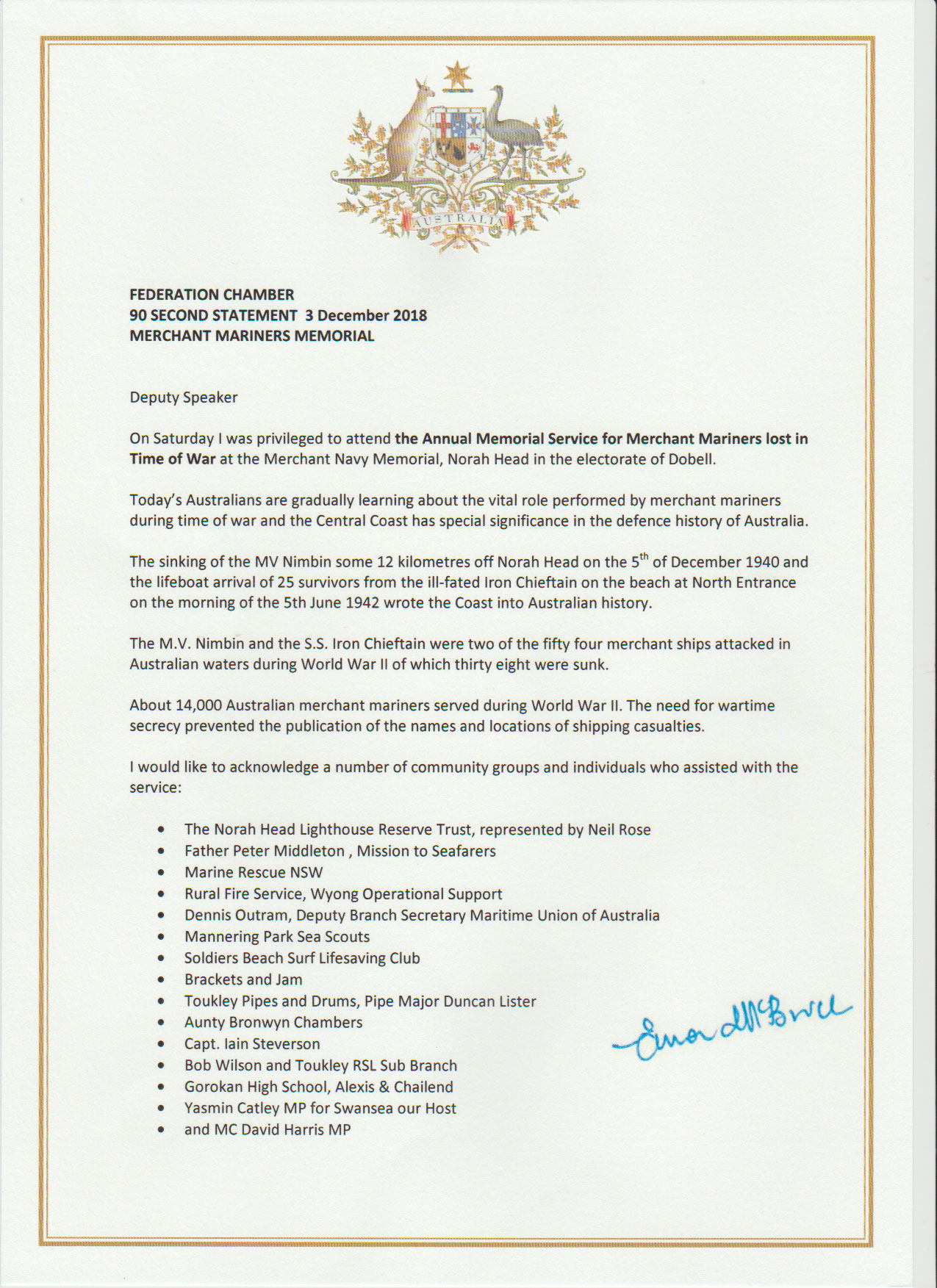 Brackets and Jam Central Coast were proud to support a MEMORIAL service held at Norah Head to remember the merchant mariners who lost their lives during World War II.

The service was attended by a broad range of community groups and representatives, was a fitting way to commemorate the area’s strong maritime history and also to remember those who died.

“Many people forget that we have a strong local history in our area in relation to merchant mariners during World War II,” Mr Rose said.

“The east coast of Australia saw significant enemy action during the war, with mines laid by German raiders and attacks by Japanese submarines.

“These took a heavy toll on civilian merchant shipping supplies which were heading north to Darwin and Port Moresby.

“Many ships were sunk and many men were killed or injured.”

One ship, the MV Nimbin, was the first merchant ship to be lost during the war.

It struck a German-laid mine 13km off Norah Head at 11.15am on December 5, 1940, and sank in three minutes. Seven men, including the master, were killed and 13 were later rescued.

Another ship, the SS Iron Chieftain, was the first ship to be sunk by Japanese torpedoes in 1942.

The tragedy left 13 sailors dead, but 25 survivors made it safely to The Entrance Beach, guided by the light from Norah Head lighthouse.